Catching Up with Current and Former Cast Members


Thrilled to announce the birth of our beautiful Vivienne James. 6 lbs 3 oz.,21.5 inches. And so proud of her mom. ❤️ pic.twitter.com/qXPjXhpoqq

With the Emmy's fast approaching, Sterling K. Brown (Gordon Walker) tells the Guardian 'I allow myself to think about winning an Emmy'. Sterling's portrayal of Chris Darden has also been nominated for a Golden Derby Award. Sterling's new show This Is Us is getting a lot of attention as well. 6 Reasons Everyone Is Talking About The New Fall Show, 'This Is Us'. EOnline gave Rapid-Fire Reviews: Lots of Love for This Is Us and More Honest Takes on NBC's New Shows. 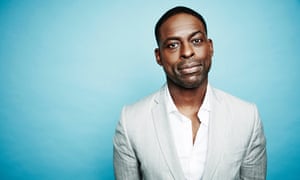 Osric Chau's 'On the Hunt' campaign ended after selling 1129 shirts.


Louden Swain will be releasing a new album in 2017.

Rob Benedict posted a new episode of Will You Accept This Rose?.

Richard Speight, Jr. is in the new video by Slayer, Pride in Prejudice (Warning for gore)

Richard's new film The Evil Gene has just been released on VOD and DVD.

Curtis Armstrong (Metatron) will be publishing his memoirs next year.


Yes! My memoir will be published next July by @StMartinsPress! Putting the final touches on it now! #nerdsrule https://t.co/RqZ43HlPh0


Kim Rhodes talks about Steve and the Neurotics new album 'The End of Life As We Knew It'.

TheWalkingDead.com tells us How Jeffrey Dean Morgan Came to Own a Candy Shop With Paul Rudd.


Hit *Next* to catch up with Crew, Show Tidbits and Convention News!