View Comments
This is an idea for a Supernatural mobile game!  The series' writers already invented a mobile hunting game in season 2 episode 18 : Hollywood Babylon. This one isn't quite the same but maybe a bit better. My choice for a name is "Supernatural GO"! Aka "Supernatural, THE HUNT"! (inspired by "Pokemon Go!")

The crew has resumed filming. "KENDRA" and "MITCH" are now in the abandoned house. "KENDRA" is scanning the room with her cell phone, the same kind as SAM has.
KENDRA: Oh, God. Oh, God. There!
"MITCH" shoots. From the sidelines, McG is watching, ecstatic.
KENDRA: But I don't understand. How can the spirits appear in the camera phone?
MITCH: The video must pick up their frequencies in a way that our eyes can't.
KENDRA: Oh, God. Oh, God. Right there!
"MITCH" shoots again.

Pokémon Go details: Pokémon Go is a free-to-play location-based augmented reality mobile game developed by Niantic and published by The Pokémon Company. It was released in July 2016 for iOS and Android devices. 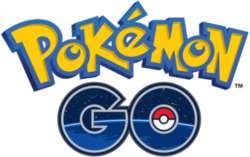 The game allows players to capture, battle, and train virtual creatures, called Pokémon, who appear on device screens as though in the real world. It makes use of GPS and the camera of compatible devices. The game is free-to-play, although it supports in-app purchases of additional gameplay items. An optional companion Bluetooth wearable device, the Pokémon Go Plus, is planned for future release and will alert users when Pokémon are nearby. In the beginning of the game, you're a Ghostfacer.

- You get 5 hit points. You'll lose hit points whenever you get hit by monsters.  If you drop to zero, you'll be unconcious and need to move to the closest sefehouse (only hotels available).
- Chase ghosts and other phenomena. You must take photos of said things to advance.

Try not to die because them baddies will chase you back. Includes a game mechanic where you must approach the thing from a certain angle.
Also, sounds matter. You must listen to sounds and try to keep silent.
Group play possible where one member distracts and another takes the photo. Once you've gathered enough evidence and experience as a Ghostfacer you may choose your path:

When a player reaches higher levels, he gains skills from the other path.
Basically high level players end up being both hunters and scholars. To catch/kill a monster you must
- First find out what monster is in the area.
- Research its weak point (easier for scholars but doable for hunters)
- Research takes time.
- Research also might mean a fight lost against the monster. Don't lose too many, in each fight it might kill you.
- Research also might include a "stake-out" with ghostfacer style gameplay where you observe monster behavior.
- Gather required materials, weapons and artifacts
- Find/summon the monster
- Fight (easier for hunters but doable for scholars)
- Kill / Imprison

You may team up with several other hunters or scholars. Hunting difficulty rises when the group is bigger.

- The missions may require people to split up to search the area or fight multiple monsters at the same time (Vampire hive for example).
- One mission type would be to  fight in two realities at the same time (S11E16: "Safehouse")
- Sneaking missions with silent skills (machete)
- Mass raids on really difficult "boss" level monsters - two or more players in a team moving together for at least 500 meters.

Monsters should be scattered around by location.

- Harder to hunt but more rewarding

What do you think of my game idea? Can you add to it? Levels? Rules? Rewards? Do you think it would catch on given the current Pokemon Go! craze?? Thanks for reading!

Thanks to: supernaturalwiki.com , wikipedia.org and homeofthenutty.com
back to top
JComments