0
Votes
Undo
Welcome to Season 15 discussion page! The introduction text at the start will always be the same and even though there are "no rules" there are some guidelines for these pages. These pages will be updated frequently when the material is available.

Back and to the Future

THE BEGINNING OF THE END – Picking up here we left off last season, Sam (Jared Padalecki), Dean (Jensen Ackles) and Castiel (Misha Collins) are left to defend the world after all the souls in hell have been released and are back on Earth and free to kill again. John Showalter directed the episode written by Andrew Dabb (#1502). Original airdate 10/10/2019.

Here is a fan art poster for you to enjoy made by: Julie is gonna hug Rob in DC @benedickswain. Check out rest of her art here: LARUE ART AND DESIGN. 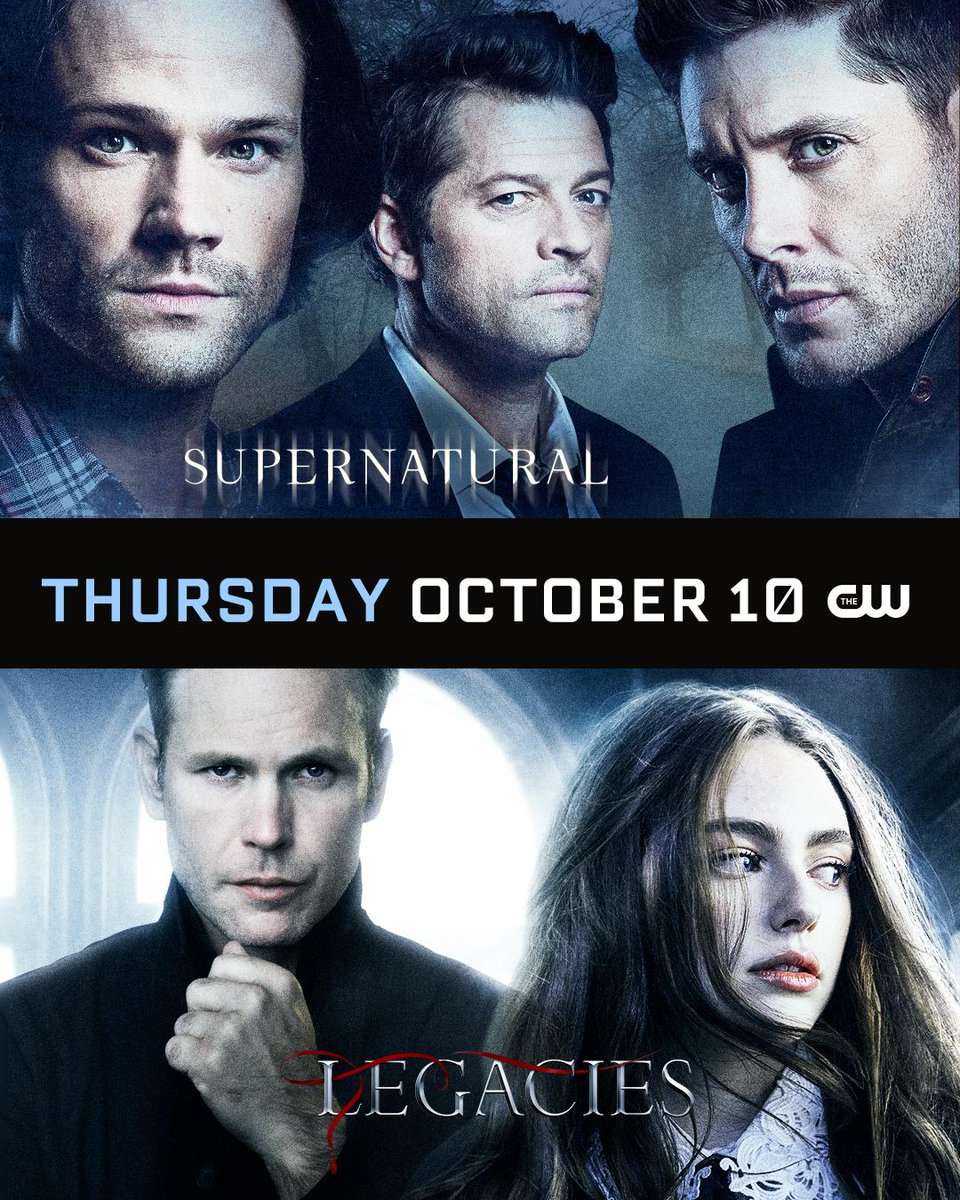 Lilah_Kane
Accepted Answer Pending Moderation
0
Votes
Undo
Episode 15x1 title is Back and to the Future!

THE BEGINNING OF THE END – Picking up here we left off last season, Sam (Jared Padalecki), Dean (Jensen Ackles) and Castiel (Misha Collins) are left to defend the world after all the souls in hell have been released and are back on Earth and free to kill again. John Showalter directed the episode written by Andrew Dabb (#1502). Original airdate 10/10/2019.

Supernatural 15x01 Sneak Peek "Back and to the Future"

Supernatural Season 15 Episode 1 “Back to the Future” | AfterBuzz TV

Lilah_Kane
Accepted Answer Pending Moderation
0
Votes
Undo
Jovanna Huguet-Burke @Jovannahuguet Oct 11
So incredibly grateful to have been a guest in the #SPNFamily’s home again- what an awesome cast and crew- thanks for having #BloodyMary back!! #spnseason15 #supernatural15
.
Attachments (1)

I looooved guest starring on tonight’s episode of @cw_supernatural :::
Guest starring is kind of a crazy job because it is very much a “guest in someone’s house” kind of vibe. You want to make sure that you do the show you have been given the gift of joining for a few days justice. :::
Supernatural— the WHOLE TEAM— was totally incredible. Gracious. Kind. Generous. Jensen, Jared, Misha, and Alex were all so lovely. A show that’s been on for 15 seasons?!?! Absolutely ZERO ego. It was a master class in professionalism. :::
Sorry about the photo Jared but this is the one that got everyone giggling ?

Lilah_Kane
Accepted Answer Pending Moderation
0
Votes
Undo
Lauren Shippen @laurenshippen Oct 11
both @megfitz89 and #Supernatural have carved out places in my heart (Meghan’s is much bigger, sorry Winchesters) and I’m so excited to share this milestone with both of them.
.
Attachments (1)

Lilah_Kane
Accepted Answer Pending Moderation
0
Votes
Undo
Mon ???? | Jensen Tackles | SPNVAN @naruhearts Oct 11
So now that 15x01’s aired, here’s the clips of Misha and Jared running like the wind ? ? He saw us through the bushes and his startled face maaaay have made it to scene LOL

Another one of Misha catching a glimpse of us fans

A clip of more running from monsters! It’s still so cool to see what was filmed IRL air onscreen!! #Supernatural

Jared was on the ground and it wasn’t clear whether he was injured or not, but the goof was totally fine afterwards ? He was probs done with the heat!!

More of Jared being a cooperative puppy on set~

Jared watching us stand there watching him :P

Mishalecki being sweet with the extra chars after wrapping up the scene ?

Misha took off his trench and sat on the sidewalk ? #Supernatural #SPN15 (Lissy cockblocking lol)

Lilah_Kane
Accepted Answer Pending Moderation
0
Votes
Undo
Jim Michaels @TheJimMichaels Jul 18
A windy day scouting locations for the season premiere of #Supernatural #SPNFamily with John Showalter at the helm on with an @andrewdabb script in his hands!
.
Attachments (1)

I’ve only binged up to season 7
so far but needless to say i’ll be caught up before the final season airs ?‍♀️
.
Attachments (1)

Supernatural 15x1 REACTION!! "Back and to the Future"

Melanie and Aaron react to and discuss season 15 episode 1 of Supernatural - Back and to the Future
.