xoferew makes a Supernatural video game, ninth post: some cute graphics and some not so cute. ^_^

0
Votes
Undo
Welcome to the next installment of "xoferew makes a Supernatural video game"! I am using RPG Maker MV and graphics software FireAlpaca and Game Character Hub to create this retro Japanese role playing game style labor of love: Escape From Purgatory. ^_^

What is Dean up to these days? Well, I've given him some graphics to go along with his fishing mini-game. ^_^

It was kind of challenging because I wanted to keep his graphic the normal person size, which is 48 pixels square, but then if the fishing line is part of that, it doesn't extend past his feet. In my first attempts, the line was clearly just on dry land, and Dean is not going to catch any fish like that! So I make him step out onto a stone in the water and the illusion becomes good enough I think. There is something adorable about him clutching his tiny fishing pole like a little kid. The rock he stands on may get some tweaking. I can do a simple animation so it looks like the water is gently lapping around it, and also make widening rings around where the fishing line goes in the water. But I would have to make four versions since depending on the direction Dean is facing, the line is on different sides of the rock. *Adds it to the bottom of lengthy to-do list.*

As for Sam, he has some important research to carry out back on Earth (before he joins up with Dean.) Here he is in an antique book shop. You can see the white sparkles indicating which books he should investigate. But first it's time for a quick phone check-in with Kevin. Just as I made Dean a special graphic for fishing, I made Sam a special on-the-phone graphic! 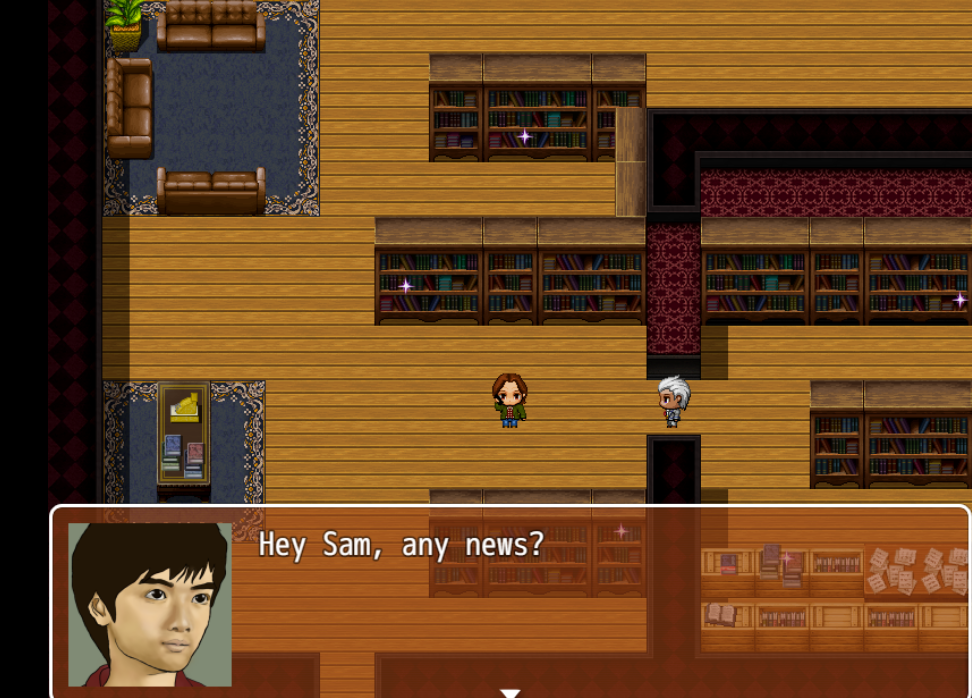 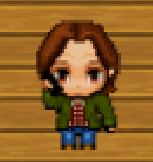 I've mostly finished the newest monster: Wendigo. In the show, these guys owed a lot of their scariness to being fast and not clearly seen. So I am thinking of keeping them inside caves where they can lurk in the darkness. This pic cuts off the feet because the feet are the part that aren't finished yet, ha ha. 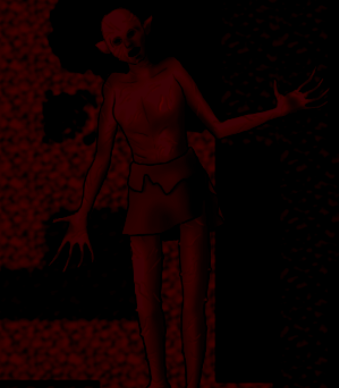 Yeah, that's pretty creepy I guess. ^_^ The sprite is not so creepy and looks like this in the light of day: 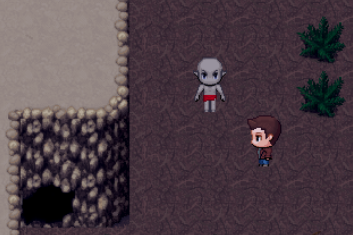 Here is the cave/tunnel I made for wendigos to lurk in. Why are you going in there, Dean, Cas, and Sam? Why?? 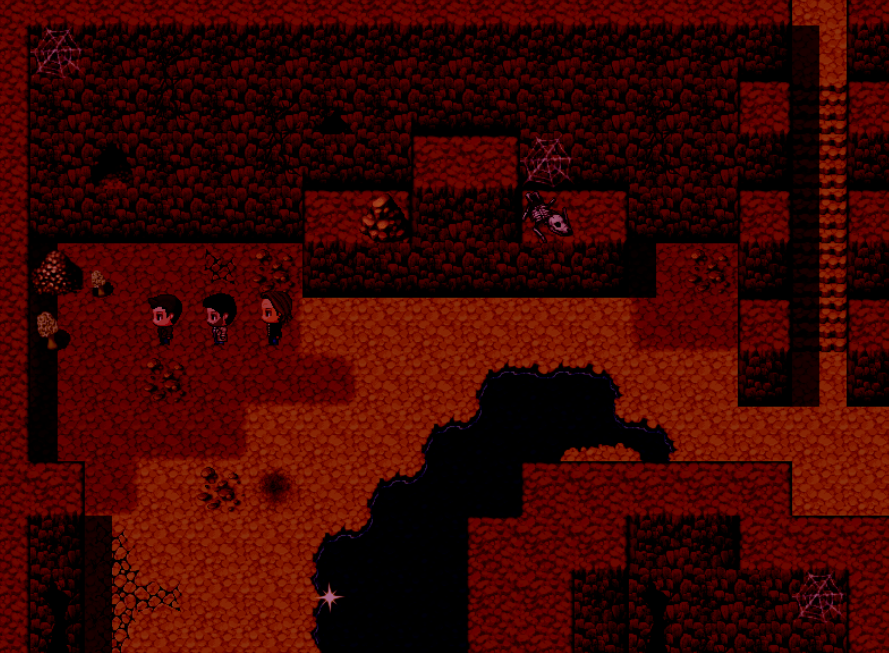 I decided I needed to make a really good 3-D-ish animated graphic for the car. After looking in vain for appropriate photo angles of Baby, I got the brilliant idea to go online and order a model of the car. Then I can draw it from every angle I need. Well, all sorts of delays and complications keep cropping up and Hell may freeze over before I actually obtain the model I ordered. But I will wait hopefully. In the meantime my game has text boxes that say things like "Pretend Sam is rummaging in the trunk."

Hm, speaking of Sam and Baby, I also made some dogs for him to avoid running down. The game making software comes with one default dog and I tweaked it into these various dogs. 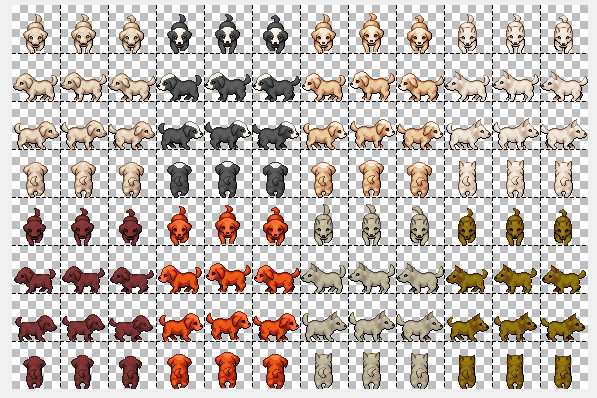 This is the one that will play a role in the plot. Look out, puppy! 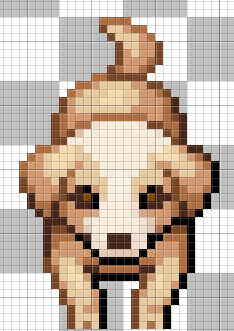 I now have enough of the game done that I can play it for an hour before running out of finished plot. Yay! Although bits of it are duct-taped together with text boxes, as I mentioned. But I am excited that it is playable. A lot of fixes and balancing and inspiration will only come by actually playing it a lot.

Two weeks of summer vacation left to work on this thing every day... Let's see how much progress I can make!
Thanks for reading!!
Rate this post:
0
Tweet
Responses (0)