Well, the news keeps pouring in fast and furious, so I'll keep this thread going for any new SPN Coronavirus related news.  We've had a couple of items today.

Up first, SPN Nashville 2020 has been moved from April 17-19 to August 14-16.  Part of me is holding out hope that it's because the new shooting schedule will go well until April, but because of a new schedule or the virus itself, the con needs to move.  Here's the official announcement from Creation Entertainment:
Read more: Updates: #SPN Cons, Family Business Beer Company and Supernatural Production Speculation Add new comment

Production on Supernatural Suspended As a Precaution Against Covid 19 Warner Brothers has suspended production on the final two episodes of Supernatural.

Supernatural has stopped filming til further notice .
Via @brieland_black on IG pic.twitter.com/HqhnsKUCuV

Warner Bros. TV confirms it's halting production on its series in Vancouver as a precaution against the spread of #Covid19.
WBTV series here include #TheFlash #Supernatural #Riverdale #Supergirl #Batwoman #The100 (https://t.co/tYsvstxR5i) pic.twitter.com/gG2Ny5st9L


Updates below the cut.
Read more: Production on Supernatural Suspended As a Precaution Against Covid 19 Add new comment Syfy announced today that their long running series, "The Magicians," co-created by former "Supernatural" writer and showrunner Sera Gamble, will be ending after season five, which is currently airing.

Damian Holbrook of TV Insider interviewed creators Sera Gamble and John McNamara about the end.  There's lots of good stuff in this interview if you're a fan.  Luckily, the season finale was written as a series finale, which will hopefully offer closure the fans are looking for.  Sera answered the question this way:
Read more: Sera Gamble's "The Magicians" to End After Season 5 Add new comment March 1st was Jensen Ackles' birthday and many took to Twitter to send their well wishes.  Well, one big guy we know and love took to Instagram... There's more casting news about Jared Padalecki's next project, "Walker."  One of these cast members is very familiar to the SPN Verse!

First, Keegan Allen, who played Toby Cavanaugh on "Pretty Little Liars," will be playing, wait for it, Cordell Walker's brother!  Yes, there will be brotherly drama in this show, which we know is in Jared's wheelhouse.  Here's the snippet from Variety, who got the exclusive:  (see the full article here)
Read more: More Casting News for Jared Padalecki's Walker Add new comment It's been another banner day for our special moose.  Today he ran in and completed the Austin marathon.  He finished in 3:47:50.  Pretty damn good!

Here's some of the relevant action that was captured on Twitter today (click here for all the details).

I just saw this come across my Variety alerts and I must say, this was a shock to me!  The female lead for Jared's next project, "Walker," has been found and it is another CW compadre who has also spent the last several years in Vancouver.  One who I'm familiar with.

Lindsey Morgan, who plays Raven in the long running CW show "The 100," will be playing Micki, Cordell Walker's partner, according to Variety.  Here's the blurb about her character per the article:

Morgan will play Micki, Walker’s new partner who was born and raised in San Antonio. Described as focused and perceptive, her family has been in Texas since before it was Texas. She’s been in the Army and on the police force and knows first-hand what it’s like to be singled out and discriminated against because of her gender.


I've got to say, I'm really excited for Lindsey on this. I've met her before and interviewed her twice when I was doing coverage for "The 100" for TV For The Rest of Us.  This is a big move up for her, going from supporting character to lead.  This is certainly well deserved, but I'm dying to know how she and Jared will do together.  I've been watching both these actors for years and I'm having a hard time picturing them both together.  A mash up of two of my favorite shows!  Lindsey is an amazing actress though and I'm sure she'll do well.
Read more: Jared Padalecki's "Walker" Finds It's Co-Lead Add new comment

Ratings for Supernatural Episode 15.11 "The Gamblers" Here are the overnight ratings for "The Heroes Journey" from Showbuzz Daily.. 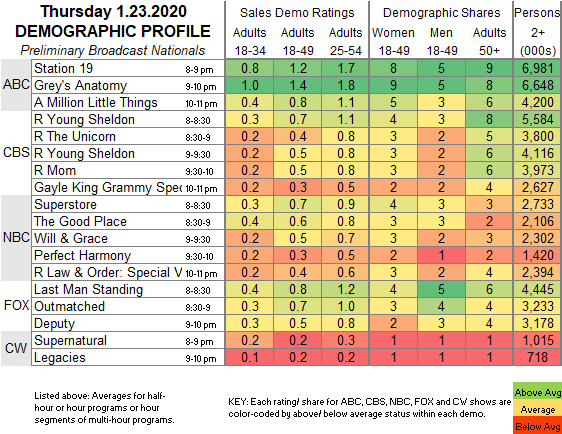 For ratings for earlier episodes check out Supernatural Ratings, All Seasons by Episode.
Add new comment