View Comments
What are Supernatural Fans are up to this summer?
Fan Fiction
There are several Fan Fiction sites currently running writing challenges. The Annual Supernatural Summer Gen challenge is gearing up.  Assignments have been made, and works are due June 28. The fics and art will be posted starting July 1, 2017.

spn_summergen is an anonymous, prompt-based, gen fanworks gift exchange designed to help Supernatural fans while away the desert months of summer hiatus.
This is a Supernatural challenge, which means (at least some of) your characters must be part of Supernatural canon. Original characters are welcome, but RPF (real person fiction) is generally not allowed. The exception to this is the French Mistake timeline, but we ask that you use this scenario prudently. Please keep within the spirit of the event. All other types of sub-genres are welcome: angst, crack, past-fic and future-fic, case files, brotherly bonding, AUs, fluff, curtain fic, character studies, monster studies, monster-of-the-week comedies and tragedies and everything in between. Gifts can be of any rating.

Posting of the fic is due to start July 1. What a great way to while away Hellatus!
Another Annual tradition is SPN Big Pretzel. 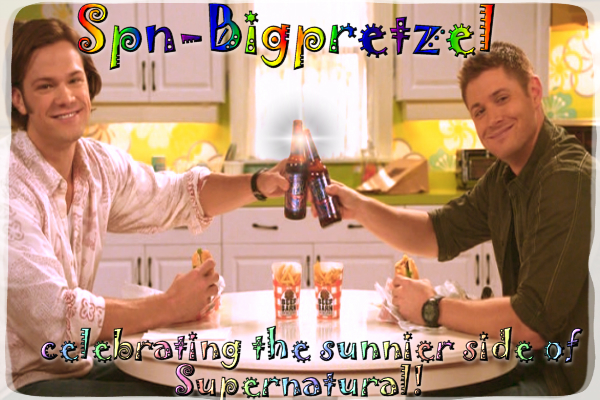 SPN_BIGPRETZEL is the home of fun!fic. No violence. No hurt/comfort. Just our favorite characters enjoying a lighthearted moment. Playing pranks. Watching "Dr. Sexy, M.D." Scarfing down bacon cheeseburgers and giant pitchers of beer.

Posting started June 20 and all entries are due to be posted by June 25. Enjoy some angst free Supernatural fan Fic!
The Dean Winchester Big Bang is open for business

This is a Bang to celebrate the complex, amazing, heroic eldest Winchester brother.

Sign-ups are open now and will run until July 1st.

Last year, we had such a great time with the Louden Swain Writing Challenge (which turned into a mini bang) and the band LOVED seeing the results so we’re going to do it again! (Please be gentle with me as host, as this is my first time being involved with any kind of bang, much less hosting one.)

I’ve decided to add The Station Breaks as a side project to this since Rob has either written or co-written all of their songs, too!

Louden Swain fans, you now have your own community!
Hiatus Helpers
Need help getting through each day of Hellatus? We have a couple of communities that can help. 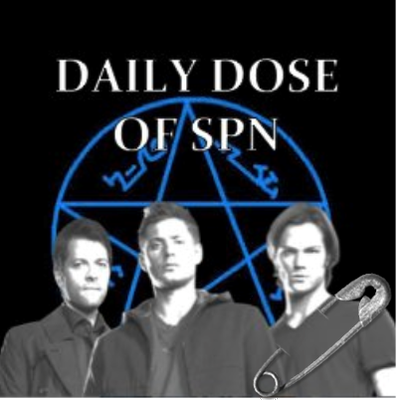 Daily Dose of SPN has fan art, videos and fiction to help pass the time.

(gif from The Hillywood Show Supernatural Parody)
Supernatural Hiatus Creations features works by fans to get us over Hellatus.

Each week will focus on a different theme in the spn universe. these may be characters, places, episodes, quotes, or just overall ideas. the sunday before each new week starts, we will make a post officially announcing that week’s theme along with a few other details (and maybe a few ideas). post your theme-related creation any time before the end of the week (by sunday at midnight pacific time), and make sure to tag it with #spnhiatuscreations in the first five tags!
Their schedule

Charity
As usual, Supernatural fans open their hearts to Charity.
Misty Figs is using the MOL to help raise money for charity. 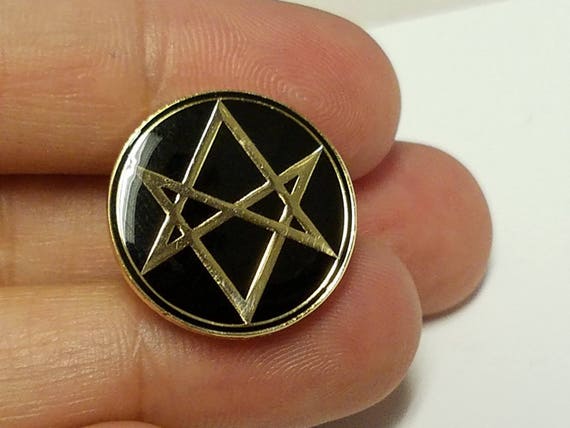 Fan Fic 4 Flint is a creative writing and art contest for fans of the mega-hit TVshow “Supernatural” who wish to use their talents and time to raise awareness and money for families effected by the Flint Water Crisis.The contest concept is inspired by Season 10, Episode 5 of “Supernatural”which was set in Flint, Michigan. In the episode, leading characters Sam and Dean arrive in Flint and discover a play based on their lives is taking place. FanFic 4 Flint is excited to offer the Supernatural family an opportunity to create their very own version of this iconic episode.
https://fanfic4flint.tumblr.com/post/160311690771/want-to-write-supernatural-the-play-and-win-a
Fans are working to honor our stars by raising money for their charities.
Two groups are working to present stars with contributions this year's Chicago convention.

Hi everyone,
To help celebrate Briana Buckmaster's birthday (which happens during Chicon in July) we are trying to raise money for a charity that she frequently supports, New Leash on Life. I've set the goal for $500, but I'm hoping that if we all come together, we can far surpass that goal!!! Please message me with any questions you may have!! And thanks for helping us to support a greast cause!
Sincerely,
Heather L.

Since 2017 is the last year Mark Sheppard will be a guest at Creation cons and the last year he will appear on Supernatural as Crowley, we wanted to show how much we love the King of Hell.

We are raising funds for Camp Conrad Chinnock in his honor. A camp dedicated to demonstrating children with diabetes can have a positive camping experience.

As a show of support we're also going to pass out gold paper crowns to wear during his panel. Take selfies and group photos using the hashtag #longlivetheking on social media sending Mark your messages. Hopefully we can get it trending so SPNfamily from all over can contribute.

Donations can be made here.
There is also a celebration of all the wonderful Always Keep Fighting campaigns.

Honoring our stars
In addition to supporting stars charitable interests, some groups are showing appreciation to the stars themselves.
Phantom Devils is organizing a scrapbook to be presented to Mark Sheppard at the New Jersey convention.
http://devsfan55.tumblr.com/post/161263153312/attention-mark-sheppardcrowley-fans
Fans are assembling messages for Misha in honor of Castiel's 100th episode.

Individual Artists around the Web
The Supernatural Fandom is full of talented people, who are putting out art simply for the love of it. Here are some examples of pieces they have done.

Devestated to have to welcome you to the Spn Characters Who Deserved Better Club #taylordraws@Shoshannah7#eileenleahy#supernatural#artpic.twitter.com/zexxbDAbHO

@ScifiSpirit@jarpad@JensenAckles@mishacollins@Mark_Sheppard thanks everyone for the inspiration! This was a fun (free) project! Love you pic.twitter.com/DcEzFwGMsa

This artwork is called "The British Invasion" Like #supernatural 12/17 ? Sorry, I couldn't help it. #spnfamily@adamfergus@DavidHaydnJonespic.twitter.com/l6Oj3Qr1rj

@curtisisbooger@JulianRichings The two so far. I don't know how many of these I will do. #spn#fanartpic.twitter.com/cg05RmJeqn

Here you can see the process Heather Rooney goes through to make her wonderful drawings.
Celebrating the Fans
Finally we can not ignore the Fan Projects that celebrate fandom

Squee! The Fangirl Project is creating A Documentary Web Series.

While researching a topic for a new film project in 2012, I discovered fanfic, which led me to conducting and filming a series of interviews with fanfic writers & readers. The project quickly took on a life of its own and became an exploration of women, transmedia storytelling, and fandom. As a fangirl myself, I wanted to discuss how others felt about identifying as fangirls, our  communities, the pride and occasional embarrassment we feel, and most of all the passion–the squee. Although originally conceived as a documentary feature film, the story was far too big and multi-layered to fit into that structure so we had to re-think it as a series of webisodes.

Join the Patreon campaign here.
We also should congratulate one fan project that has paid off handsomely.
Celebrating Two Years of Wayward Daughters: The Spin-Off and Movement Supernatural Needs Now More Than Ever
Congratulations on seeing your dream become closer to reality!
back to top