View Comments
Supernatural in the news this week!


Catching Up With Current and Former Cast Members 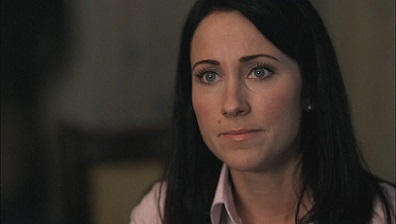 Felicia also hosted a You Tube video on character creation ?❤️? Ma new show. Coming in July. Gotta check it out. You've never seen anything like it. I promise!! @SomewhereABC https://t.co/7gK2jIK3hz Lisa Berry's (Billie the Reaper) play, The Madness of King George opens May 11


I'm taking over @ShawTheatre IG on MAY 11!! Thrilled to share all The Madness of King George fun we be having at Th… https://t.co/9vARTNGerp

#TheYoungPope airing in Australia on SBS! 'The Young Pope is a very human story, says Jude Law' https://t.co/zVQBMphxH4 via @smh 
Many of our stars have contributed items to help raise money for Carry On SPN. See all the offerings at the site.


You can see the work that has been completed at  Astor Services For Children and Families in Rhinebeck in part due to the help of Jeffrey Dean Morgan.


if you've enjoyed my videos and stories... nominate me for the @streamys ???

Catching Up with Current and Former BTS Personnel

Ben Edlund's The Tick is moving along Amazon’s The Tick will swing into action this August, including this trailer


Comic Book Resources talked with Robbie Thompson about The Importance of Addressing Trauma and Mental Health in Comics.

In more news from Robbie


Super excited to announce that May 6th for #FCBD @AdamGlass44 will be signing from 1pm-3pm! #Supernatural #Deadpool @AfterShockComix pic.twitter.com/9ZmfWxkol2


TV Equals looked at one of this season's bad guys in ‘Supernatural’ (Season 12): The Name is Ketch, Mr. Ketch.

For more on the Canadagraph Awards see our earlier article.


Happy 2announce a new show added 2the @StationBreaks tour in June! We'll be playing a small venue in Charlotte June 27th. Tix on sale may 1!


We are pleased to have Jason @jasonmanns back at Asylum 18, hard to believe its been 10 years, been a pleasure every time. https://t.co/Yo9TKTCgwm