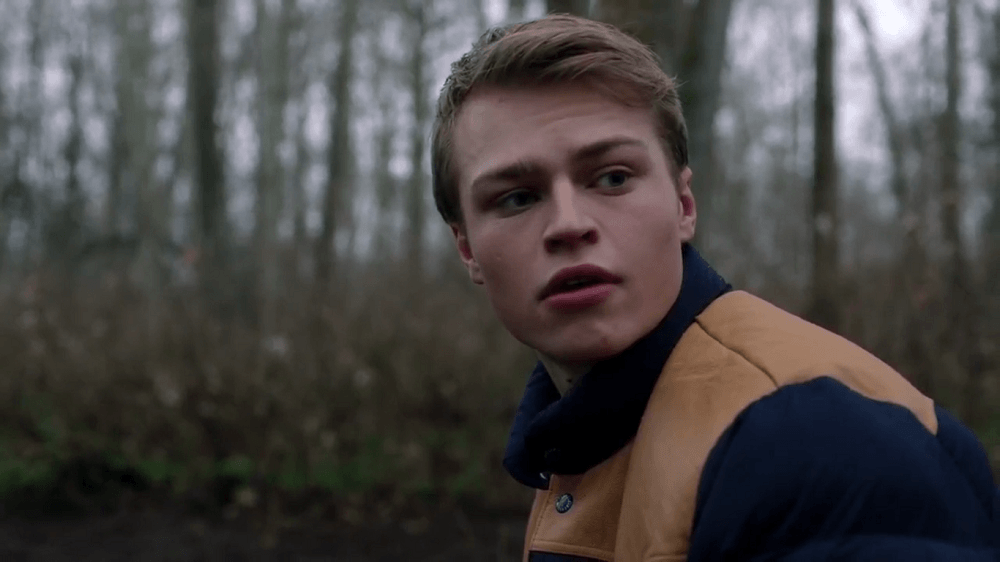 The Magicians' Worthy Dean: Rick Worthy teases the end of Season 2 and reflects on nerdy career You can also catch Osric and Matt Cohen (Young John Winchester) on Criminal Minds: Beyond Borders

Tune in next week for more #spnfamily @OsricChau and @mattcohen4real star in #CMBB back to back. #Supernatural Wednesdays are back! #SPN

Netflix's 'Travelers' Adds [Amanda Tapping - Naomi] to Season-Two Cast thanks to all-spn livejournal for the heads up.

On May 1, we can watch Cain (Tim Omundson) get an upgrade from First Knight to Lucifer's father

My dear friend @KayteEvans published a beautiful book & my own #furbaby Jaxon is on the cover! Order your copy now https://t.co/JLFiznOesz

Kathryn Newton is in the running to become one of the Dazed 100.

In honor of her appearance this week Shoshannah Stern has relaunced her campaign for the Eileen Leahy Scholarship also described here.

.@jarpad & @JensenAckles have #SPNSignLanguage mugs f/t Eileen Leahy Scholarship! Do you? Relaunching them NOW at https://t.co/TM88NjuRT4

As busy as she is, Felicia Day is running a new charity campaign.

Just posted a new charity shirt for my streaming community @TeamHooman! https://t.co/rBSAttDFYI Most proceeds go to an animal charity! pic.twitter.com/hJFzrUuEos

USA Today has chosen Eric Kripke's Timeless as part of their Save Our Shows campaign.

It's time for #SaveOurShows 2017 — or, as we call it, #RenewTimeless. Vote now to save these shows on the 'bubble': https://t.co/0iNhpezLgk pic.twitter.com/ed7nu72MxQ

I knew I always liked you, @USATODAY. And everyone retweet & vote. Great chance to show @nbc how you feel. Every bit counts! #RenewTimeless https://t.co/QAAqP3pLWq

Steve Yockey will be participating in City Wrights

Show Tidbits
Our own Crowley made it to the finals of USA Today's March Badness brackets. Sadly(?) he lost to the biggest bad Voldemort!

It's the championship round of our #MarchBadness villains bracket! And our matchup should have #Supernatural and #HarryPotter fans arguing!

In celebration of the first five years of the DePaul Pop Culture Conference, this book collects essays, thoughts, and contributions from participants over the past half decade. From Doctor Who to Star Trek, the works of Joss Whedon to Supernatural, and of course the fifth anniversary event on Harry Potter, enjoy the 100 or so essays about the importance of Pop Culture in our lives. With keynote essays from Brannon Braga (the Star Trek franchise), Robbie Thompson (Supernatural), Lisa Klink (Star Trek Voyager), Cheryl Cain (Firefly), and Alanna Bennett (Harry Potter)!The book will be released on May 6, 2017 at the Harry Potter Conference at DePaul University. You can pick up a pre-ordered copy there or you can have one shipped to you after the conference. Buddy TV tells us Why Mary's New Romance Is Exactly What 'Supernatural' Needs
Hidden Remote explains How ‘Supernatural’ Became the Longest-Running CW Show (and Won the Hearts of Fans)
They also included Supernatural in their 101 Television Shows to Watch Before You Die
Hypeable asks Did ‘Supernatural’ just backdoor pilot the ‘Wayward Daughters’ spin-off?
Screen Rant listed their choices for 15 Worst Episodes Of Supernatural (So Far). NOTE: I don't agree with the list. Do you?
Conventions and Other Cast Appearances

Surprise, we're early! We're beyond excited to announce that @MitchPileggi1 will be joining us for #halcon2017 https://t.co/V7h4tadV1y pic.twitter.com/kUIgQBlaWa

Lindsey McKeon (Tessa) will be part of EyeCon's One Tree Hill convention.

Who's excited to meet our favorite cast at @EyeCon3000's convention May 5-7th? Tickets and information available at https://t.co/qG8iRHCtd6! pic.twitter.com/2TKN06diGh

We are very happy to announce that the wonderful @aliciawitty is joining @PaulCarella on stage at the Shows in Cologne & Frankfurt! pic.twitter.com/3MxctLUr6s

New Rick Springfield Tour Dates
All of Rick's dates can be found here.
If you are in Princton, New Jersey you can catch a special showing of Cliff Kosterman's film Supernatural Fandom: The Movie on April 26.
back to top