View Comments
San Diego Comic Con 2017 is this week! The most anticipated comic book, superhero, scifi/fantasy genre event of the year starts this Wednesday, July 19 and runs through Sunday, July 23. This is a major promotional event for Supernatural, with press and thousands of fans eagerly awaiting the panel and spoiler teases that are released on Sunday. This year is extra special as Jared and Jensen will be appearing on the prestigious late night talk show, Conan Wed night!
The WFB has been covering all the exciting Supernatural SDCC17 announcements and products for the past few weeks. Visit our News Page for pictures of the Supernatural TV Guide cover, Comic-Con bag, panel schedule, promotional give-aways and TV appearances. Our own Nightsky will be attending the convention covering Supernatural and other panels of interest for The Winchester Family Business! Her schedule includes interviewing Jared, Jensen, Misha, Bob Singer and Andrew Dabb in the Supernatural press room.  Many of our show's past actors and writers will be there for new projects as well!
Former Supernatural Cast Members
Several former cast members have moved on to new shows and will be appearing at Comic Con this year.
Tahmoh Pennikett (Gadreel)
Tahmo took part in the Battlestar Galactica panel. SAN DIEGO, CA – July 20, 2017 – Today at Comic-Con fans were delighted to get the chance to see characters from President Laura Roslin to Helo take the stage and reminisce over every ‘frakking’ detail of one of science fiction’s masterpieces, BATTLESTAR GALACTICA. Moderator Maureen Ryan from Variety led a fun and laughter filled look back at the groundbreaking adventures of the crew of The Galactica. The panel included executive producers Ron Moore and David Eick, and cast members Tricia Helfer (Number Six), Mary McDonnell (President Laura Roslin), Grace Park (Lt. Sharon ‘Boomer’ Valerii), Tamoh Penikett (Captain Karl ‘Helo’ Agathon), Aaron Douglas (Chief Galen Tyrol), and Michael Trucco (Samuel Anders).
Adrianne Palicki
Adrianne Palicki (Jess) is starring in Orville, a new show on Fox. She and the rest of the cast will be in Room 6A on Saturday, July 22.

Hey @ZNation fans, the ZN panel at San Diego Comic-Con will be held Thurs at 4pm in the Indigo Ballroom of the Hilton. Spread the word! pic.twitter.com/JKzj7x1ok7

SDCC17: The Cast of Z Nation Will Appear at Our Comic-Con Panel!

Due to Jeff's popularity as the villain Negan, there is a special mini-bust of Negan, which was made for Comic Con. Hey all, here’s my COMICON SCHEDULE!

She will be joined by the legendary Stan Lee at her Friday panel
Stan Lee Joined by Felicia Day, Adam Savage, More to Debut Legion M VR Footage
Stan Lee, Felicia Day And Adam Savage Talk Intimately, At San Diego Comic-Con #SDCC2017
Former Supernatural Writers
It isn't only our former cast members who will be at Comic Con. Several of our former writers will be promoting their new shows.
Robbie Thompson
Robbie Thompson is not promoting a project, but on Thursday, July 20 at noon, he will be part of a panel discussion Be Your Own Superhero: Intersectional Feminism in Comics 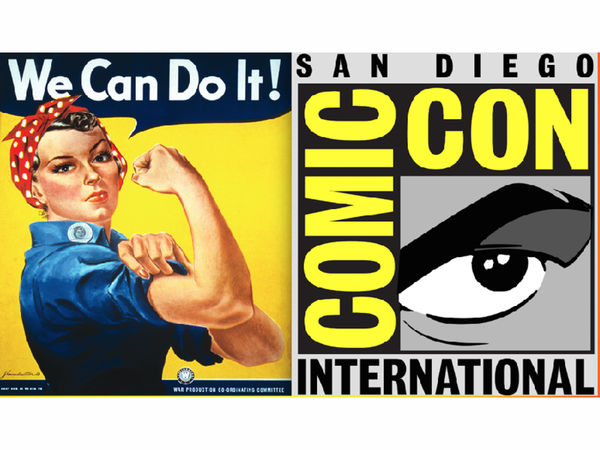 Sera Gamble
Sera Gamble is on two panels, one for writing and the other for her show, The Magicians.

#SDCC: I'll be on a TV writing panel Friday 10:00am, Room 4. And Saturday at 4pm is #TheMagicians panel! Come watch, say hi, get spoilers?️

Intro to TV Writing: From First Draft to Getting Staffed

UPDATED: Fri, Jul 14, 11:46PM
Moderator Spiro Skentzos (Arrow) and today's biggest TV writers, showrunners, and executives from your favorite genre shows including Keto Shimizu (Legends of Tomorrow), Ryan Condal (Colony), Terry Matalas (12 Monkeys), Sera Gamble (The Magicians), and Karen Horne (SVP, NBC.s Writers on the Verge Program) will discuss navigating the TV spec terrain including beginner's mistakes, what they look for in a writer, and what it takes for you to write a killer spec that will stand above the crowd. There will be a huge Q&A component, so bring your questions.

Having been cancelled and then uncancelled, the show is very grateful to its fans. To show that gratititude, Renewed 'Timeless' to honor fans at San Diego Comic-Con.
Blasting News asks ‘NBC Timeless’: What will be the big questions at SDCC?
Ben Edlund
Amazon is promoting Ben Edlund's upcoming series The Tick at Comic Con.

THE TICK IS READY TO TAKE OFF WITH BREAKING GAMES’ PIXEL PARTY AT SAN DIEGO COMIC-CON, BOOTH #1234
Moving on to the entire convention, we have information from several sites.
IGN has the list of SDCC Toy exclusives 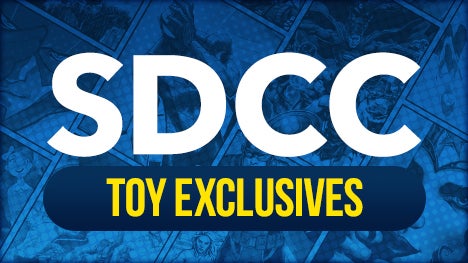 Nerdist lists Our Complete Guide to the Best San Diego Comic-Con 2017 Panels
For more information about the entire convention here is the full Comic Con Schedule.
This will be a wonderful convention, filled with people we have grown to love from Supernatural.
Update

The Tick Takeover Experience At San Diego Comic-Con 2017: One Of The Best Off-Site Activities In Years