View Comments
Supernatural in the news this week.
Catching Up with Current and Former Cast Members
Interviews
Interview: Felicia Day Teaches (Charlie Bradbury) Us How To ‘Embrace Your Weird’! (Interview)

Felicia will also be interviewed by Critical Role on September 16, 2019.

The one-and-only @feliciaday joins @BrianWFoster for an all-new episode of #BetweenTheSheets to discuss her life as an entrepreneur, what it means to succeed, and how to find creative validation along the way.

This Close premiered September 12.
Exclusive: We Got Ready With The Society’s Kathryn Newton (Claire Novak) For The Ralph Lauren Show 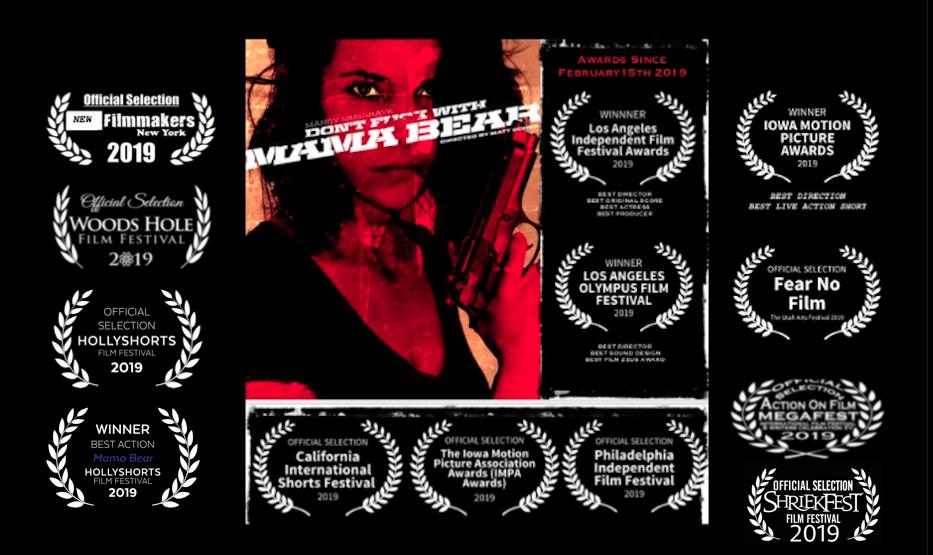 #AD
You’ve got two agents @AaronRodgers12?
Fine by me because now I’ve got two clients.
Say hello to my new Mahomie @PatrickMahomes!! pic.twitter.com/jvLQpcVzek

Jason Manns has a new album available for pre-order I. Am. So. Excited. We’ve been working on this record since 1972. Just kidding. Pre-sale is up today!! US ITunes link! Each country has its own store so if you are outside of the US go to ITunes and search Left on Laurel! https://t.co/aBK5AMB90k pic.twitter.com/ceAqxCsVti !!! The trailer for SEE dropped today @seeofficial @appletvplus I am beyond stoked for this ?We all put so much love into this work and I’m so proud ? thank you to the powers that be gracias al universo muito obrigada mahalo arigato I AM SO GRATEFUL LORD and shoutouts to one of the best directors I’ve ever had the pleasure of working with @francishlawrence You are the coolest god bless you brother I learned so much from you and from this entire experience thank youuu Can’t wait to share this epic story with you all come November ? Link for trailer in bio ??

Felicia Day's (Charlie Bradbury) new book will also be available as an audiobook. It is available for pre-order now.

Heads up my new book “Embrace Your Weird” is also available as an audiobook read by yours truly from @SimonAudio! Pre-order your copy at https://t.co/iou7uzfa3J!!! pic.twitter.com/AFsA9S3eMZ

UPDATE: Due to an overwhelming amount of support, the Supernatural End of the Road tee is restocked & back online! We will continue to donate 100% of the profits with every purchase online and in-stores of this tee to Random Acts through Sunday 9/15. #SupernaturalDay #SPNCharitee https://t.co/WevmlAanWR

If U love #spn @OsricChau &/or #BillyBobThornton, check out these prizes-- like lunch w/me & Os! All to support the @HomeboyInd 5k fundraiser. Only $10 per entry!Winners announced soon, get ur donations in today!TY in advance 4 ur support! https://t.co/gBTJdEHxFE Deets in photo#4 pic.twitter.com/IsiZqLlaKW

The event this year will be held on October 26-27th. Join our Crowdrise (link below), tell us about your event and start fundraising! #RAE4K19 https://t.co/pZZIujofuC

Jim Beaver (Bobby Singer) has a campaign for Rainbow House.

I’m excited to use the charms I have to support Rainbow House, a small organization that helps get food & clothes to impoverished Cherokee. If you idjits would get one, I’d be grateful. https://t.co/k14xJeQEsZ pic.twitter.com/a2Zz1XCdpr

Miscellaneous
Congratulations to Ty Olsson (Benny Lafitte) on his marriage

We have fresh news for your Saturday! We're excited to be an Early Bird Selection to the @baltowebfest - congratulations to our team and we are happy to be a part of this super-cool festival! ???#filmmaking #SaturdayMotivation #webseries #indiefilm #festival #horror #action pic.twitter.com/evP6vybxA9

Showrunners' Assistant Meghan Fitzmartin will be taking part in a panel this Sunday.

Then @megfitz89, @devereuxbass and @Hedley_K are chatting #AudioFiction on Sunday 15th Sept from 10-11am. They're coverin a range of subjects, from remote recording to big studios, writing scripts to composing music. Whoever you are, this is for you! https://t.co/4bo4SOYRTj

Jeremy Adams has another project premiering on Nickelodeon.

Tomorrow! Lego Jurassic World: Legend of Isla Nublar premieres on Nickelodeon at 11:30 am! See what @DoktorCalamari , @davidshayne , @MairghreadScott , @spacekicker, Jason Cosler, @atomiccartoons and a ton of other talented people have been working on with me for two years! pic.twitter.com/GPbFqs5W58

Supernatural has been nominated for The Sci-Fi/Fantasy Show in E!'s People's Choice Award

Supernatural is competing against Arrow, Shadowhunters, The Chilling Adventures of Sabrina, Stranger Things, The 100, The Flash and The Umbrella Academy.

"More than just a show about two brothers fighting demons — both physical and metaphorical — Supernatural is a heartfelt drama that appeals to the weirdo with deep-seated family issues in all of us" ? https://t.co/jTyBjfxdrb pic.twitter.com/xklZWcBkHS

Supernatural Quiz: Who Said It - Dean Or Sam?
Mary Gets Some Shocking News in a Deleted Scene From Supernatural's 300th Episode
“Supernatural” Day: Crossovers That Needed to Happen (But Never Could) – >i>“Outlander,” “Barry” “Law & Order” & More
Conventions, Cast Appearances and Fandom
How Supernatural fans kept the show alive for 15 seasons
CW fandom speaks out on Suicide, self-harm, abuse, and mental illness

Which show will we see you at this month? pic.twitter.com/XSQkOHFimG

Rockwood Music Hall is the place to be on September 30! @JasonManns has gathered a fantastic group of performers in a benefit concert for Random Acts. https://t.co/qvwy60uZHJ pic.twitter.com/OQiGrz5sa2

Kim Rhodes will be among the guests at BigTexCon

Are you ready? Big Texas Comicon is only 2 weeks away! Get your tickets online or visit the Ticketmaster box office located at the Alamodome to save on those fees!