Rob Benedict's (Chuck/God) 30 Miles From Nowhere is on Amazon Prime and is a "Popular Pick".

Excited to see that #30milesfromnowhere is a ‘Popular’ pick on @amazonprimenow ! For those of you who held out for this moment, @30Milesfilms is now free to watch with your #AmazonPrime membership! #HorrorMovies #HorrorFamily #horrorcomedy ?❤️ pic.twitter.com/gqRSV90jAL

Kathryn Newton (Claire Novak) has been cast in an untitled Blumhouse movie.

Alona Tal (Jo Harvelle) has a new movie coming to Netflix in September. What an honor it is for me to share this with you. I took part in this engaging story created and led by the Uber talented @gideonraff And starring the brilliant @SachaBaronCohen coming to @netflix SEPTEMBER 6th! Mark your calendars! THE SPY. 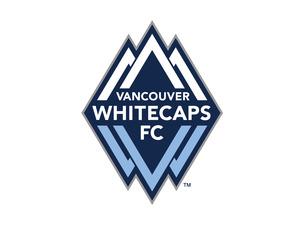 See Team Supernatural cross the line in the Ride Against Cancer 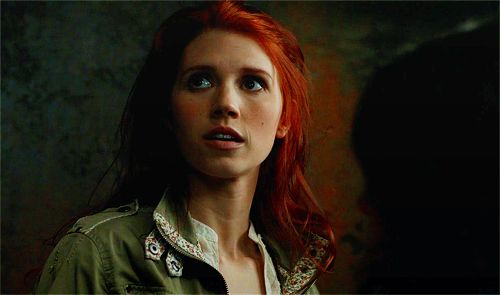 Super honored to be part of this incredible event! All profits go to St. Jude’s Hospital. #HalloweenHotness October 19 - deets on the website https://t.co/njFEsbrKwX ? This is an exclusive event with limited seating so get your tickets ASAP! pic.twitter.com/0RGCv6aQte


Catching Up With Current and Former BTS Personnel
Jason Fischer's web series keeps on getting acclaim!

W00T!! A great way to kick off a new week: we've made it to the top 20 in the #webseriesworldcup! We're honored to be in the company of really cool webseries, and some familiar faces! -->@VaultWebseries @LeagueOfSTEAM@GayVictorianAf ??#filmmaking #indiefilm #SupportIndieFilm pic.twitter.com/Lc107EAixg

It's a Supernatural mashup! Meghan Fitzmartin talks about Eric Kripke's The Boys on her Wine and Comics reviews:
You can see more of Jeremy Adams work:

Oh look! A cool show that I may or may not have written something for ;) https://t.co/BfnZmpgxjj

New Sequel ‘Scooby-Doo! Return to Zombie Island’ Will Be Available One Month Early at Walmart https://t.co/w7POJ3hHW2

Show Tidbits
Supernatural: 20 Pics That Change The Way We See The Show
Supernatural: 5 Relationships Fans Were Behind (& 5 They Rejected)
Supernatural: 10 Times The Show Broke Our Hearts
Conventions, Cast Appearances and Fandom

Hey #Boston! We’re coming back to @redroom939 on March 7! Tickets go on sale on Tuesday! Get yours here! https://t.co/i4Fv3TaE2Z pic.twitter.com/r1zW60s6ND

Don’t forget you can meet Supernatural’s Sheriff Jody Mills, Kim Rhodes, at Big Texas Comicon 2019! She’s appearing Saturday and Sunday of the show. Check out which days your other favorites are appearing and get your tickets at https://t.co/Z261EDRTa5 today! pic.twitter.com/B1DzOBUpyi

me and the boys will be playing Boston in March!! Get yer tix today. @LoudenSwain1 https://t.co/st29X3pPXU

There’s a big event coming to an LA near you this Thursday!
With @yourfriendLilan and @joonleecomedy and @KollaborationLA!
Get your tickets at https://t.co/4aabpjvbu7 and use the below discount code for 25% off :)
KLALIPSYNC pic.twitter.com/VmMs9y3xCq

An evening with Josh Swickard and Me in Montreal November 2nd. Many great stories will be shared... Hoping to make some new ones. pic.twitter.com/tQDu6Oz3ij

"Don't roll your eyes, Dean. It's impolite. Now when you fetch my ring, put it on." -Death, Supernaturalhttps://t.co/BzW9dLdlzDhttps://t.co/Nt1WhYoG8q pic.twitter.com/QwvLCeFwbw

The ever-growing #Pittsburgh pop-culture convention scene will have two additions next year — one new show and one resurrected show.@TheMomentoCon@HorrorRealmConhttps://t.co/xVLt22KPsQ

Want to see previous news? Check out all my articles here.
For Supernatural spoilers, check out the Spoiler Page!
back to top
JComments