Supernatural in the news this week 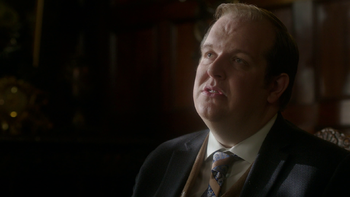 Mitch Pileggi met the love of his life on set of 'The X-Files' https://t.co/zkaupSBygK

Video available for Canadian fans. The video mentioned in the tweet was not available in USA

Sad news for Osric Chau his show, ‘Dirk Gently’s Holistic Detective Agency’ Will Not Have A Season 3 – Producer

Opening night of the cowboy comedy, "The Night Forlorn (or Waitin' on Godsford)" is tomorrow night! Chili and cornbread! @jumblejim #lathtr pic.twitter.com/ee7Zp9KllZ

Cast and crew members are joining the event. ‘Gaming For Kindness’ with Random Acts Guests Include Robbie Thompson, Katherine Ramdeen and More!

Justin Guarini was on Good Morning America on Monday, March 12th to announce that he would be working on a musical project with Jason Manns to benefit the Free High School in Nicaragua. All of the proceeds from this single will go to fund the Dreams 2 Acts program in Nicaragua.

Hey #spnfamily! One of my FAVORITE charities, @AttitudesInRev is in the final stages of a contest and OUR VOTES can help put them over the top. PLEASE PLEASE PLEASE head to https://t.co/JdXwinh4qI and give them your vote! You may just help save a life. :) #AKF

My Statesman reports The famous founders of Family Business Beer Co. are open to an Austin location

Daneel Ackles threw a surprise birthday party for Jensen. It was a no camera's affair, so we don't have anything from th party itself, however Osric Chau (Kevin Tran) did a VLog on the event

This past Saturday night, my truly amazing wife, @danneelackles512 , threw me a surprise birthday party that I will never forget. Ever. Endless thanks to all those who participated in helping her and all those who were brave enough to sing “THAT” song on camera for me. I’m still recovering from all the emotion. Unfortunately, some of those images I will never get outta my mind. Ha. To those who couldn’t be there...you were missed. To those of you who were there...thank you for showing me just how special life is. I love you all. #spnfamily


Catching Up With Current and Former BTS Personnel

The Smithsonian will be analyzing Eric Kripke's Timeless this season. What an honor!

We hope that our "Timeless" analyses will deepen your appreciation for the show—and for history. https://t.co/nQZl3ieF5Q

Another one of Steve Yockey's plays is being produced. NJC theatre to present ‘Cartoon’ March 23 and 24

Who's coming to #WonderCon? Come see us Saturday, March 24th at 5 pm. Bring your burning questions about TV, writing, producing, showrunning, and showrunning while on your period. (The panel is all women. Grab this rare opportunity!) https://t.co/wcJGZq7ukL

Mary Manchin will be selling her art at another show

Hey hey hey guess what? I'll be vending at Spookshow on April 7th in La Miranda. Come join me and everyone else at @halloweenclubs! Oh yeah...did I mention that it's free admission?

TV Line included a line from "A Most Holy Man" among their Quotes of the Week: Riverdale, X-Files, The Bachelor, Supernatural and More

Buddy TV asks Does 'Supernatural' Season 13 Have Too Many Villains?

Good people of Philadelphia, I play a full band show with @hislasquires on April 27 at @UndrgroundArts! Support from the fab @tristentristen. Tix here: https://t.co/n1ulQwJLca


WellyCon has a great lineup

The Darklight Convention has booked some great stars

We're absolutely delighted to welcome back everyone's favourite demon hunter/surrogate father figure, @jumblejim, to #AHBL9! It's been quite a few years since Jim came out for an AHBL, so we can't wait to get him back for a whole lot of fun! pic.twitter.com/n07t8MNi9F

Fans can catch up with James Patrick Stuart (Dick Roman)