Former One Tree Hill star Danneel Ackles opens up about her newest venture, a family-friendly brewery in Dripping Springs, Texas.

Behind The Cape: Supernatural's Misha Collins, Advocates Against Cyberbullying Through 'Random Acts'
Other Projects
Jason Manns is looking to produce Covers With Friends IV. Nerds and Beyond reports Jason Manns Launches Kickstarter for New CD. The Kickstarter can be found here! 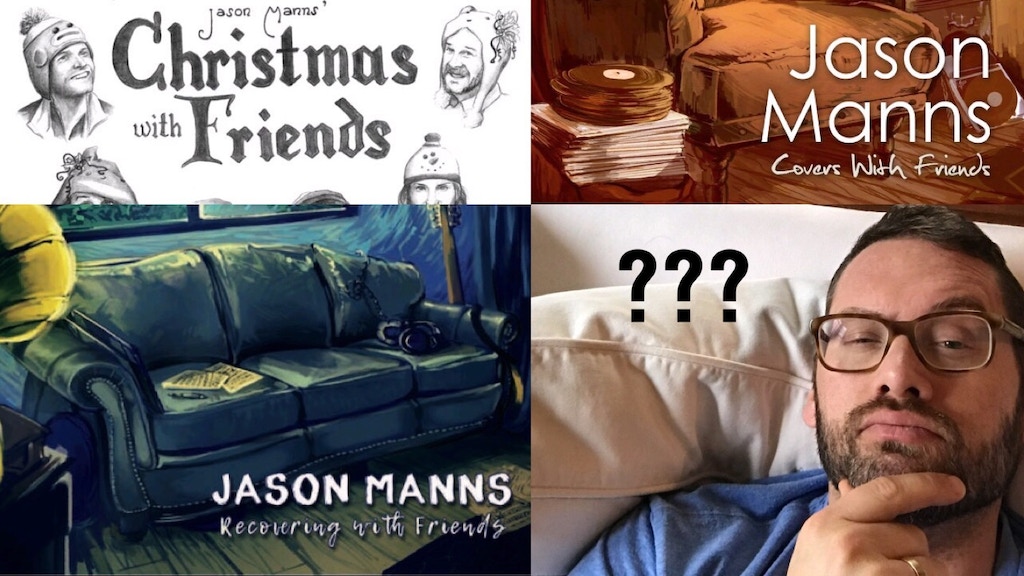 Briana Buckmaster (Donna Hanscum) to Appear in ‘The Humans’

I love this movie, I love the man behind (& in front of) it, I love that I'm in it, and I'd love for you to watch it. Dick Speight. Dick Gomez. A main character named Dick. See why 3 Dicks really are more fun. @gomezwastaken @JoshuaEGomez @frankjhughes @JamesMadio @Joelle_Carter pic.twitter.com/3anRd0pTMX

A rare performance by Robyn Hitchcock and the L.A. Squiers (including Mark Sheppard) is now available.

I didn’t believe it when I heard #ThisClose had a 100% rating on Rotten Tomatoes, but I just looked and... it’s true. ?

The #SPNFamily is making a difference in the world - the important messages from @jarpad and @AttitudesInRev and how you can vote to recognize the change we're making! https://t.co/sI9l2NVTHs

Her Campus covered our stars' contributions to charity in Supernatural's Jared Padalecki, Jensen Ackles, and Misha Collins Thanks to Spn UK for the tip.

Miscellaneous
Jared Padalecki was one of the actors mentioned in  8 Superman Casting Rumors Better Than What We Got (And 7 That Are So Much Worse)
ICYMI: Best Posts From The ‘Supernatural’ Cast Last Week
Misha Collins Teases Cookbook!

Top secret news... The Collins family is working on a cookbook. @dariusmarder AKA “The Grizzled Menace” is helping us fine-tune our recipes. (This one is “green eggs and ham popovers.”)

As some of you know, @jeffreydeanmorgan is off in Europe getting ready to do some big conventions. And he's self aware enough to know his track record for "spilling the beans" isn't so great (bless his heart!). So before he starts tripping up in an attempt to maintain our privacy, he asked that I go ahead and post something about our little girl's birth. But before I do that, there's something I really want to say to all the women out there who are trying..... It took a long time for Jeffrey and I to have this baby. The first time I got pregnant, it took a year and a half. I surprised him on Christmas with baby Seahawk booties. We cried. We celebrated. We picked out names. And we lost that baby. More losses followed, and as so many couples know, it was heartbreaking. It still is heartbreaking. And every morning of the five years it took us, I'd open my computer at the kitchen table and see the news and I'd grow bitter over the endless parade of celebrities showing off their bumps and babies. I'd weep out of jealousy for how easy it was for them. Didn't they know something could go wrong? Didn't they know that there were other women out there struggling? It pained me to see the corporate sponsored baby showers and magazine covers capitalizing on this human miracle that wasn't happening for us. So when this pregnancy started, we were cautious. I didn't want to celebrate for fear of jinxing it. I didn't want a baby shower. I checked her heartbeat every day, up until the day she was born. And now that she is here, I just stare at her in wonder all day. I see her in her daddy's arms and I don't take any of it for granted. She screams bloody murder and I smile because she is so wildly alive. So now that folks know she's here, I don't want her birth to cause any other woman to weep at her kitchen table. If anything, my wish is that she would restore hope for others. Fertility is a fickle thing. And for the other couples out there who have had dark days, we want to introduce our miracle baby to you and send you our love and support in finding yours. Please meet George Virginia Morgan. She was born February 16th. Her daddy delivered her. We love her very much.

Don’t miss out on one of my favorite huge centerfold pics in @soapsindepthabc with two of my very favorite @GeneralHospital people @mattcohen4real and @MauraWest - yes it’s in the new issue now on sale. #gh #GH55 @OfficialGHFC pic.twitter.com/BUOxONYQVz


Catching Up With Current and Former BTS Personnel
Eric Kripke Calls on ‘Timeless’ and ‘Supernatural’ Fans to Help ‘Timeless’ to Another Season!
Davy Perez #WeAreInclusion

The creators, cast, and TV executives talk about this once-in-a-lifetime #Timeless experience https://t.co/bDXG5cZwkF

Jenny Klein is receiving accolades for her work on Jessica Jones

Loving the new series of @JessicaJones ! Especially when i get to see @jennydelherpes as co-producer on the awesome credit sequence. Congrats Jenny! It's brilliant! pic.twitter.com/NhJxJcOPp2

Sera Gamble will be at Wondercon in March

Show Tidbits
Supernatural: 18 Memes That Prove The Show Makes No Sense
Charlie Bradbury was included in Nerds and Beyond's Celebrating Inspirational Characters on International Women’s Day
Supernatural is one of Nerds and Beyond's Shows To Get Lost In – Part I
Conventions, Cast Appearances, and Fandom
Guest Post: “What Inspired Family Don’t End With Blood ” by Lynn Zubernis Thanks to SpnUK for the heads up
Nerds and Beyond gives us Photos: ‘Supernatural’ Cast in Las Vegas!
We have the official video of Jensen Ackles and Corey Taylor at the Official Supernatural Convention

Crossroad Demon, King of Hell, & self proclaimed Agent Jay Z. ?@Mark_Sheppard is joining us at MCM Birmingham Comic Con on the 17-18 March! pic.twitter.com/LlwM0F8tVS