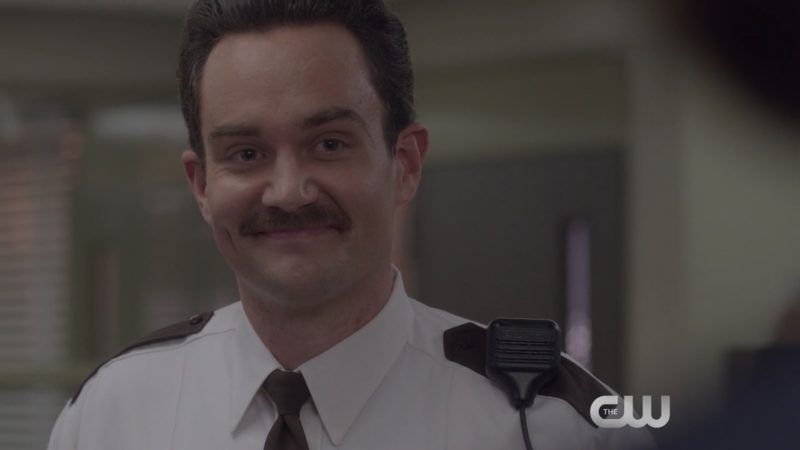 Ruth Connell, who plays Rowena, the witch who literally never says die was interviewed on her return to Supernatural.

Ruth Connell On Finding the Joy in 'Supernatural's Rowena
Supernatural’s Rowena Reveals Secrets of Her Return From the Dead
Rick Springfield (Lucifer/Vince Vincente) was on Jimmy Kimmel Live
Rick was also interviewed on Jonesey's Jukebox
Tahmoh Penikett was interviewed by CBC Yukon on his participation in Canada Reads. Tahmoh is defending American War by Omar El Akkad

Canada Reads is a "literary Survivor," with celebrities championing books. Books are  voted "off the bookshelf," one each day, until one book is chosen as the title the whole country should read this year. ...
The debates take place March 26-29, 2018. If you'd like to attend the debates, you can reserve your tickets here.

You can Watch the 2018 Canada Reads panellists & authors in conversation with Gill Deacon
Nerds and Beyond talked Strength, Power and Representation with Rachel Miner (Meg #2)

Other Projects
Lauren Cohan (Bella Talbot) is very popular this pilot season Lauren Cohan Fielding Slew Of Pilot Offers – Is She Done With ‘The Walking Dead’?

Shoshannah Stern (Eileen Leahy) talks about her new series This Close “The Perfect Time for Us to Be Making this Show”: Creators Josh Feldman and Shoshannah Stern | THIS CLOSE

When you're solving the murder of an immortal, you resurrect the best. Altered Carbon premieres February 2 on Netflix. pic.twitter.com/6Tn1FibKyo

Theo Devany (Gavin McLeod) is in a new play

I won an award at “Asians on Film Festival” last night! I was voted the same thing in my highschool yearbook ? pic.twitter.com/xVarzy3MTW

SuperWiki gave us the heads up that Jim Beaver has been nominated for an Indie Series Award.