View Comments
Page 1 of 2
Supernatural in the news this week.
Catching Up With Current and Former Cast Members
Intervews
Emily Swallow (Amara/The Darkness) was interviewed on Trunkspace.

Thank you @rickspringfield hanging out on #Debatable! If you missed it check it out On Demand on the @siriusxmvolume App!

Rick also shared a clip from one of his new singles

A little taste of “Little Demon” off the new record The Snake King. The Snake King rises January 26. Link to download the track and preorder the album: https://t.co/lozP7p9odn pic.twitter.com/16vZVBCmB2

Genevieve Padalecki did a live stream with her husband Jared this week.
Other Projects
The trailer for Blockers, a new film with Kathryn Newton (Claire Novak), has been released

Mark Pelligrino (Lucifer) is in the movie Beruit, which has just released a trailer. Check Out This Bracelet I Designed 2 Support @CampKesem !! 50% of proceeds help support this cause! Get Yours NOW! https://t.co/f2sb11UmLi @shoplacle #refocus #inspiration #design #Repost #RT pic.twitter.com/t15jS4xPrW

The cast and crew of Supernatural made a welcome donation to Canuck Place, a children's hospice
Canuck Place Children's Hospice is BC's pediatric palliative care provider,delivering care to 715 children and families across the province.

We received a delightful donation of over $9500 & a new camera from the cast & crew of @CW_SPN! Some of the cast even tested out the camera for us ;) Thank you @RandomActsOrg @JensenAckles @mishacollins @DanneelHarris and the whole #Supernatural crew! pic.twitter.com/7x5ypjbiHi

Kathryn Newton continues to get great press. She is listed as one of 23 Film Actresses You Need To Know About In 2018.
Kathryn was also featured in Go Inside W's Best Performances Party With Gal Gadot, James Franco, And All of Your Favorite Celebrities
Samantha Smith (Mary Winchester) is on the cover of New Mexico Entertainment Magazine for January. 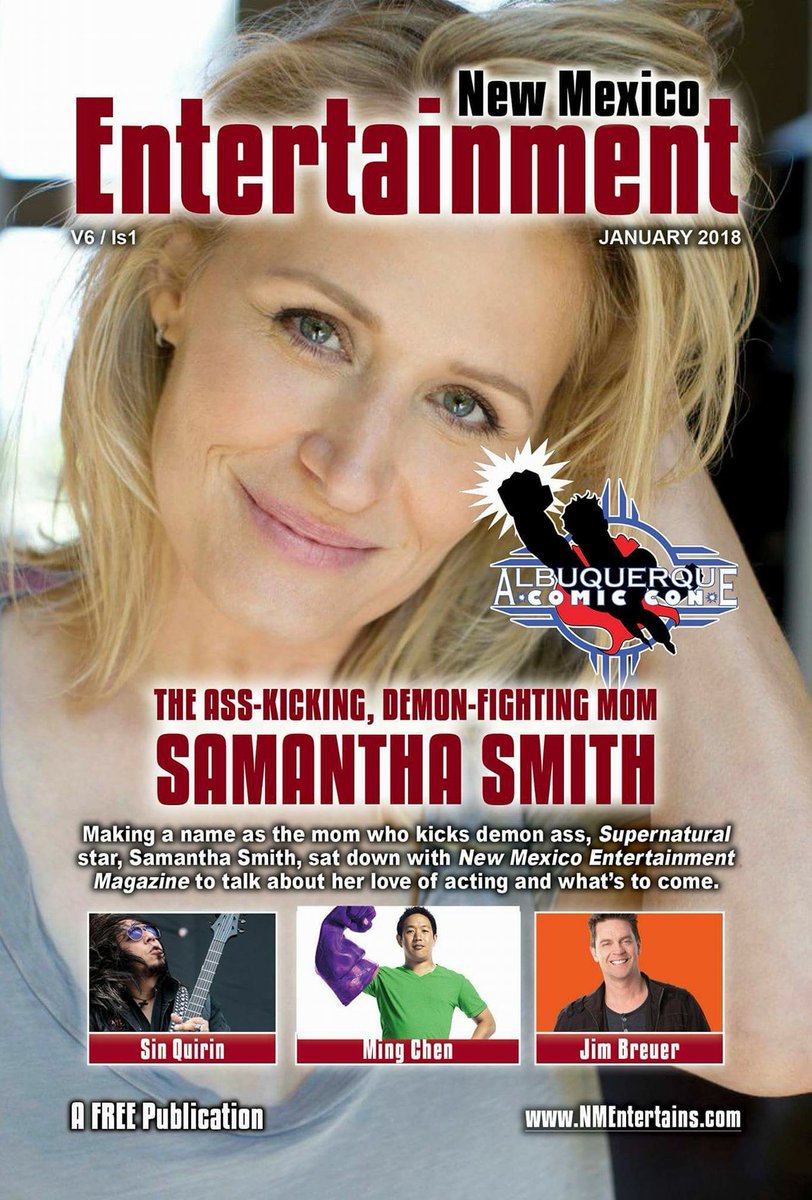 The issue was also featured in a clip from KRQE NM Entertainment Magazine Goes ‘Supernatural’. Thanks to SpnUK for the heads up on the segment.
Hit 'Next' for more news.
back to top
JComments