If you want to check it out.

Good news everyone! One of the most original and weirdest shows in television history is coming out to #Netflix! Mark it down on your calendars, you can watch the craziness that is @DirkGentlyBBCA on Netflix come January 5！? pic.twitter.com/BFdjoDFe99

Richard Speight, Jr. (The Trickster/Gabriel) is trying to raise money for his new project Driven.

I joined the cast of this cool indie film because the people behind it, Glenn & Casey, are focused & creative. I look forward to working with them to get this story told and their talents out there. https://t.co/xqrVgFBDtZ 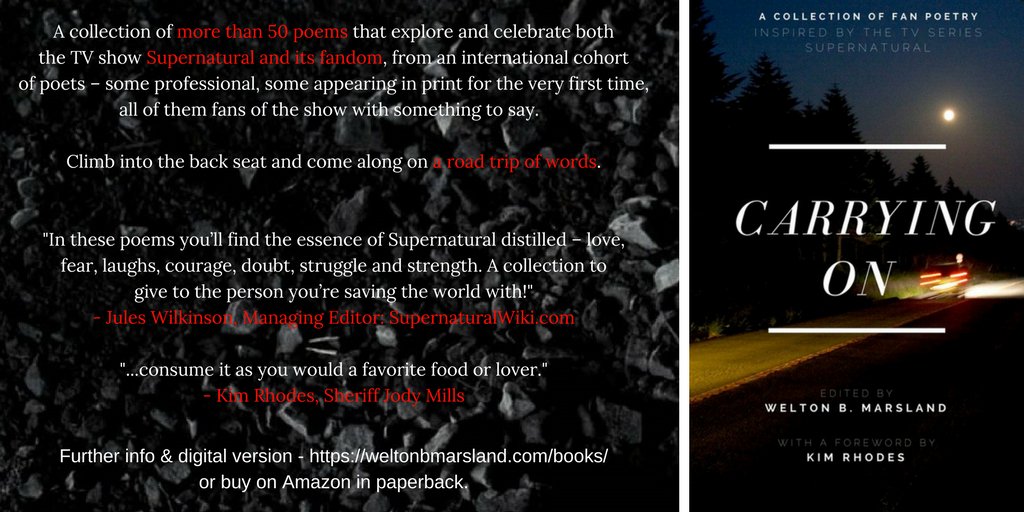 You can buy the book at Amazon:
Jared Padalecki and Jensen Ackles made the cover of Entertainment Weekly

Here's to the year of #WonderWoman, #ITMovie, #GetOut, #BigLittleLies, and more!
Take a look back at the pop culture that awed, angered, delighted, and inspired us in 2017: https://t.co/KqLtfl5Y3T #BestAndWorst2017 pic.twitter.com/A7BeIFairf

AngiePangiPanic helps us find them