Meanwhile Volume 2 of the series is getting good reviews Review: Rough Riders Vol. 2 Theodore Roosevelt has never been more kick-ass. 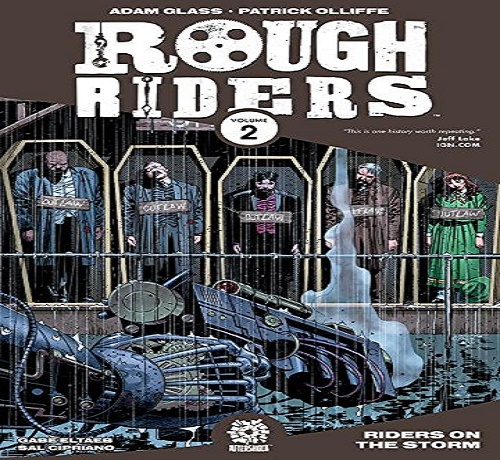 Adam's new show The Chi has a teaser/trailer out
From Mary Manchin, the Post Coordinator for Supernatural

FearCon is coming up &I'm doing a giveaway! Donate to the link below & you'll be entered to win passes to the event! https://t.co/FQDt1pzdOs

Show Tidbits
Buddy TV wrote Supernatural: 3 reasons why we like Jack
A scene from 'Bad Day At Black Rock' made Digital Spy's list of 7 times actors lost it on camera and it stayed in the show
Supernatural: Which season 13 story made Jared Padalecki so excited he wrote the writers

The 10 Best CW Shows of All Time
Supernatural stars pick the phrases they've said the most on the show
Our family this year!

If you look closely enough, you may see that I'll be coming to New Zealand this coming weekend!
Hint: I'm on the right. pic.twitter.com/6eWtOZPiAu

Not able to make it to this year's Rockwood Music Festival? You can get pictues of the event online.

You can now order your JPG's from the Rockwood Music Festival 2017 online: https://t.co/I9fwbp3QdT