Adrianne Palicki on 'Orville' Scene With Rob Lowe: 'My 13-Year-Old Self Was Dying Inside'
Kathryn Newton (Claire Novak) was in the news this week.

In the wake of the Harvey Weinstein revelations two of our alumni spoke out.
Rachel Miner (Meg 2) wrote Interview with Jensen Ackles (thanks to SpnUK for the tip)

.@JensenAckles talks to @ PIX11 about his work on ‘Supernatural' and more.
(in NYC) https://t.co/69ndn8v9iB pic.twitter.com/UjkbBtUwgd

We have now had both Jared and Jensen give interviews on major outlets. See Jared on The Jimmy Kimmel Show here and Jensen on Kelly and Ryan here.
Other Projects
The restricted, official trailer for Kathryn Newton's project The Blockers is now available.

FULL SEASON ORDER !!!!! Words cannot express how excited and proud I am of our entire team here @sealteamcbs .Thank you to every single person that has watched our show !!! #Family #Brotherhood #Veterans #USArmedForces #SpecialForces #SealTeamCBS #BeyondGrateful #HardWorkPaysOff #SoExcitedIPeedMyPants The Women of Supernatural have a new Stands Campaign

#IfICouldTellYou How strong you really are. And how much I love being a part of this https://t.co/nDzTTviVgw pic.twitter.com/EciKipGfyD 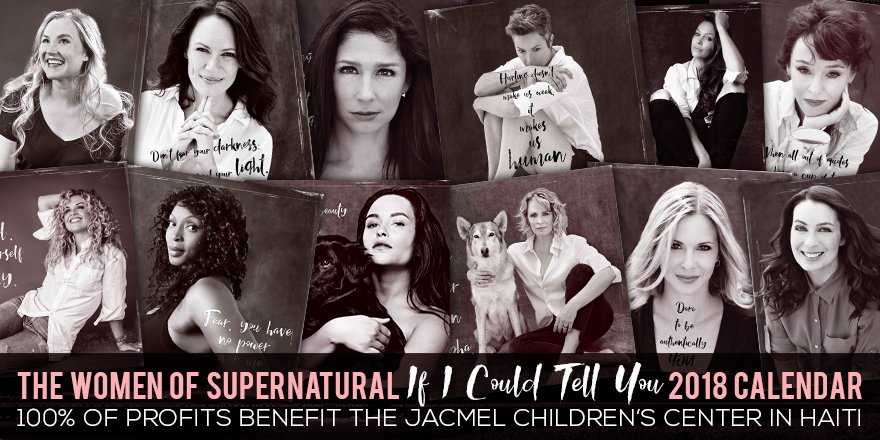 
Catching Up With Current and Former BTS Personnel
Sera Gamble was at New York Comic Con last weekend and took part in a female writers panel Badass Women of Sci-Fi Discuss Diversity, Representation and Inclusion at New York Comic Con
If you prefer a podcast, the panel can be heard The Writers Panel #355: Sera Gamble, Sallie Patrick, and Lindsey Shockley  and is also available on ITunes.
WATCH: The Magicians' Stella Maeve and Sera Gamble on Julia’s trauma, her journey and what Season 3 holds
Robbie Thopson was interviewed by Marvel Comics.

This feels spoilery but it doesn’t even scratch the surface of the crazy. ☠️ #SLACMercury @slactingco pic.twitter.com/dinoTiVPBM

A third play from Steve will be at Sheppard University November 3, November 4 & November 9-11

very still & hard to see by Steve Yockey. You won’t want to miss this haunting production by @shepherdu department of contemporary art & theater.

For our fans who are not in the U.S.

so the neighbor just sent my dad a message on facebook.... pic.twitter.com/5DACgVGVGa

Here's why 'Supernatural' lacks a 'greater female presence'
Supernatural: How Many Seasons Are Left?
What you need to know before starting Supernatural
10 Things New Supernatural Fans Need to Know
TV’s new longest-running fantasy show unites Democrats and Republicans—and Russians
Kid Winchesters: The Younger Versions of Dean and Sam
'Supernatural' actors ranked: The hottest hunters, demons, monsters and more
Mashable notes that After 13 seasons, 'Supernatural' is still the best at ripping our hearts out
Burgers, Pie, and Beer: 'Supernatural' Is a Tribute to Junk Food  (thanks SpnUK for the heads up)

The students in my Sherlock Holmes colloquium are starting to prep for next week’s guest lecturer, @curtisisbooger. Sometimes I love my job. pic.twitter.com/CrpdOPWibF

Are you excited to meet these Supernatural stars next May? It's going to be an awesome event! Tickets are limited; make sure you have yours! pic.twitter.com/uynniYOeth

Rick has also has added new tour dates
Can't go to the New Orleans Creation Convention? You will be able to stream some panels through Stage It 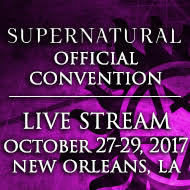 These are the links to purchasing the panels.

Take a look back at TorCon
Convention is a whirlwind of activity for fans of 'Supernatural'
Toronto Con 2017!
For Mental Health Week, Fangasm reminded us Because Family Really Don’t End With Blood
back to top